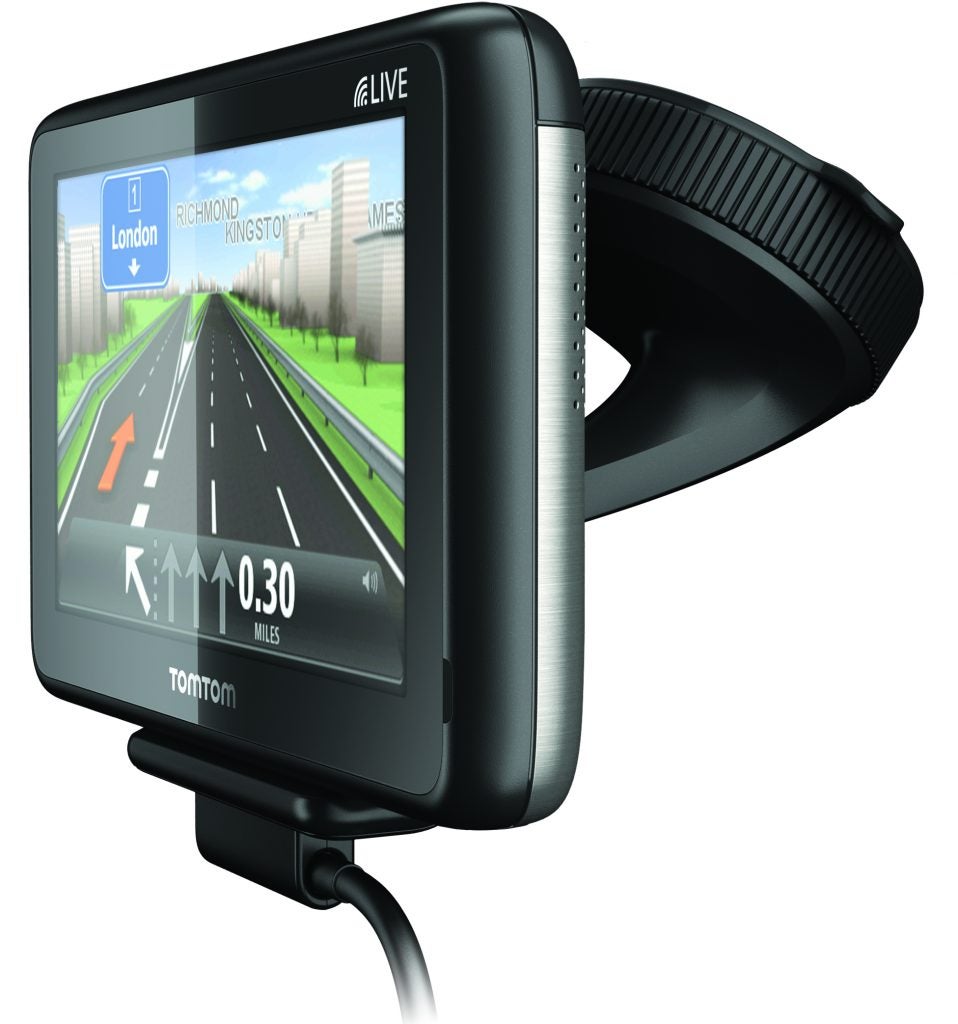 Social networking has been one of the most trendy topics for a couple of years now, and everyone is trying to jump on the bandwagon. After all, it is the next stage of the shift towards a more conversational, interactive view of information which is an integral feature of the Internet in general. It has also been deemed responsible for both revolutions in the Middle East and mob looting here in the UK. So the inclusion of social networking connectivity in TomTom’s latest sat-nav seems a pretty natural, almost obvious progression.

The new device is called the GO LIVE 1005 World, and it’s essentially a special edition of the 5in widescreen GO LIVE 1005 we reviewed at the beginning of 2011. The new features revolve around two areas – greater functionality for international travellers, and Twitter connectivity, although the latter has garnered the lion’s share of press attention.

You can connect the 1005 World to a Twitter account of your choice, and then have the option to Tweet a destination and your ETA there when you set this up prior to navigation. The device will also Tweet your updated ETA as you approach, and will give you the option to announce when you have reached the destination. You can choose to add a #TomTom hashtag to each Tweet as well. You can edit these messages to personalise them, add extra information, or direct them at specific recipients using their @ names.

On paper, this function will either fill you with horror or a sense of possibility, or maybe both. On the one hand, there are definitely situations where having a publicly accessible statement of where you are going and when you might get there could be really useful, as you won’t have to pick up the phone when driving to answer the question directly. If you need to contact multiple people, it could be a timesaver, and also means people know when to get worried if you don’t show up as expected.

But there are issues, too. One problem is that when the Twitter function updates your ETA multiple times, including as you approach your destination, only the first one is your customised message. So even if you used @ names or even a DM to narrow down the recipient list, these further updates will be broadcast to the whole world, although you can turn this feature off entirely. Secondly, the arrival message is very generic, merely saying that you’ve arrived. You will also find that having your Twitter feed full of TomTom updates will annoy some of your followers, as there are always those who object to any form of automated social media updating. Then there’s the whole social issue of making your whereabouts publicly transparent, which we won’t go into detail here as this is TrustedReviews, not the Culture Show. Essentially, having lots of information about your whereabouts in the public domain can pose as many privacy and identity theft issues as it adds exciting new possibilities.

Still, these are the same issues faced by players of Foursquare, users of Facebook’s Check In feature, Google Latitude participants, or indeed contributors to any social media system which includes location-based information. Indeed, ALK’s CoPilot Live Premium offered built-in Facebook as well as Twitter connectivity six months ago. TomTom’s implementation does have some flaws, but it’s functional enough to be useful in some circumstances, and this is not the only extra feature you get for the £30-50 premium the World costs (depending on where you shop) over the Europe-only version of the 1005.

The most extra value comes from the maps included as standard. Alongside European coverage, there’s Australia, New Zealand, Southeast Asia, Southern Africa and North America as well. Southeast Asia includes Hong Kong, Indonesia, Macau, Malaysia, Singapore, Brunei and Thailand, whilst Southern Africa includes Angola, Botswana, Lesotho, Malawi, Mozambique, Namibia, South Africa, Swaziland, Zambia and Zimbabwe. So you are still missing some important parts of the world, including North Africa, the Middle East, Eastern Europe, South America, China and Japan, some of which TomTom does offer map upgrades for, which will cost extra. But overall this is a very extensive map selection.

The LIVE services have also been extended, with the inclusion of TripAdvisor and Expedia connectivity. Both require the LIVE connection to be active, so will only work in the eight Western European countries where this is available. But coverage extends beyond this. For example, we found restaurants listed in TripAdvisor for small towns in Tenerife. TripAdvisor also lists hotels and places of interest you might want to visit, including location and phone number. Its main benefit over a standard Points of Interest listing or Google Local Search, however, is the user review section, which can help you decide where to go, although only some reviews are in English.

Expedia at first looks like an overlap of TripAdvisor, but in fact focuses entirely on hotels. It includes up-to-date pricing and a comprehensive listing of amenities, as well as reviews. So you can make a much more informed decision about where you want to stay, and then navigate there. And, of course, you also get the full range of TomTom’s regular LIVE services, with HD Traffic as the jewel in the crown. This is only available in a subset of the eight Western European countries where LIVE services are supported, but it’s brilliant where you can get it. A year of LIVE service is included in the box, after which the cost is £47.50 a year.

Although the Twitter connectivity is the most unique and newsworthy feature on the TomTom GO LIVE 1005 World, in reality it’s a feature you will most likely use for some journeys and not others. This is also one of the most expensive sat-navs currently on the market, as prices have dropped a lot over the last couple of years. However, the maps included are worth at least as much as the sat-nav itself, if you were to purchase them separately from TomTom, plus the TripAdvisor  and Expedia functionality could be genuinely useful if you travel in Europe a lot. So whilst there are better-value sat-navs out there, including a number of TomTom’s own models, those who regularly venture around the globe will find this a potent companion.