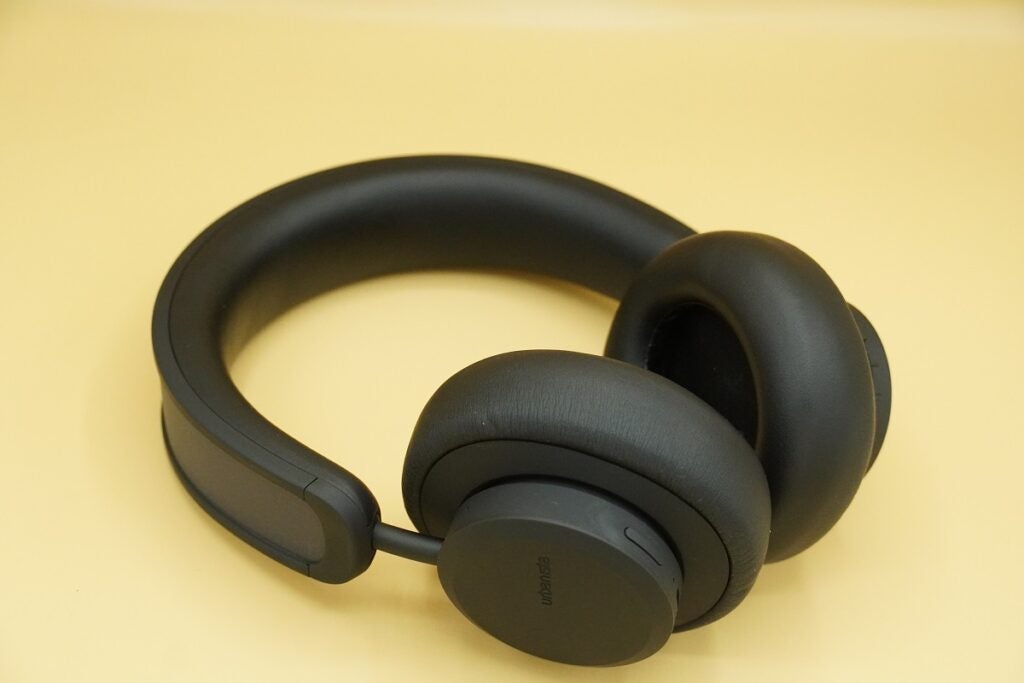 
Self-chargingHeadphones that charge thanks to the power of the sun

The Urbanista travelogue moves to the west coast of America with its Los Angeles-inspired ANC headphones.

And like that state, these headphones have a very sunny disposition with their innovative self-charging technology that means that as long as the sun is out, they’ll always be playing your tunes.

The Los Angeles’ appearance is not too dissimilar to the Miami, the same oval earcups, chunky padding and plush underside covering. What differs is the headband, which incorporates the Powerfoyle solar cell technology that makes the Los Angeles the world’s first self-charging pair of headphones.

Incorporating the solar panel has led to the headband being widened, the knock-on effect is the earcups sit a little looser (but not loosely). Between the Miami and the Los Angeles, the latter are perhaps the more comfortable, but the difference is small.

While Urbanista calls the Los Angeles over-ears, my ears are nowhere near small enough to fit into the ear-cups, so the headphones tend to pinch on the earlobes. One thing the latest model don’t do, though, was make my ears itch, again adding to the sense the Los Angeles are a little more comfortable to wear.

When it comes to finishes there’s a black option, which makes sense given these headphones want to soak as much of the sun’s rays as possible. There’s also a sand gold finish – probably a reference to the beaches of Los Angeles – with the headband keeping its black finish. It’s a striking two-colour look and you can probably expect more finishes of that ilk down the line.

Rather frustratingly, no tweaks have been made to the button set-up. On the right ear-cup is a multi-function (MFC) button with volume controls either side that double up for track skipping when held, but the ridges Urbanista has placed between them make it difficult to tell the difference. A rather easy way of addressing this would have been to raise the MFC button. On the left earcup is the button for cycling through ANC modes, and the headphones have USB-C and 3.5mm ports.

Like the Miami, the Los Angeles fold flat but aren’t collapsible. That makes them less portable, but they come with a smart-looking carry case; a slimmer version of the one that houses the Miami, with a cutaway that exposes the solar cell to keep them charging when not in use. These headphones are big and chunky – they’ll almost certainly give you the Mickey Mouse appearance – but they’re durable and mostly comfortable.

Conversations are slightly muffled and every-day noise reduced, but mid- to higher range frequencies filter through. It makes these headphones more suited to above ground use, as wearing them on the tube the wail of the wind rushing past threatens to become as loud as your music.

The mode the headphones power up in is the default ‘Off’, so a press on the Feature button (left ear-cup) activates noise cancellation. Press it again and it cycles to the Ambient Sound Mode, which lets sound come through with decent clarity and detail. There’s little difference between the sound quality of each mode, which is a good thing.

Hold the Feature button for longer and that activates your paired device’s voice assistant. In terms of Bluetooth, it’s still Bluetooth 5.0 with SBC and AAC for audio streaming. The lack of aptX might disappoint, but AAC is widespread across the Android platform. Connectivity has been impressively resolute, with the Los Angeles barely fazed by busy signal areas.

The wear sensor/auto-play technology is also present and works as well as it did on the Miami. The Los Angeles are fairly snappy at figuring out when you are and aren’t wearing them.

The headline feature is the battery life. With the Powerfyle solar cell, and much like Superman, the headphones draw power from sunlight/ambient light. It’s an ingenious idea and ensures that whenever you’re outside (during the day), you never need be concerned about running out of battery. I used these headphones solidly for about a week-and-a-half and they hovered around 71% for much of that period.

Wearing them indoors is less effective, and at night, the moon is of little help either. If you find yourself in a situation where there’s no sun, the headphones have 80 hours in reserve, which is an extraordinary amount for any over-ear, ANC or otherwise.

You can check how much of the sun’s rays are being absorbed up in the new companion app. It’s a simple one that shows how much power is being drained/absorbed in real-time for a visual idea of how the headphones are performing.

Other app features include battery life indicator, cycling through sound modes, customising the Feature button does, and toggling the wear detection on or off. With the app now in place, the lifespan of the headphones is extended further, as any issues or updates can be sent over the air. In a sense, the Los Angeles are greenest headphones on the market.

Urbanista tell me that there’s not a particular difference between the sound of the Miami and the Los Angeles, with some minor re-tunings made and the acoustic delivery of the headphones slightly different because of the tweaked headband.

Powered by 40mm dynamic drivers, to my ears the Los Angeles have less bass at similar volumes than their Miami counterparts, and don’t go as loud either. Where the Miami go for energy and bass, the Los Angeles’s approach – like those ‘Visit California’ ads – is more chilled and relaxed. And I think that helps them strike a better balance tonally.

That means the Los Angeles aren’t as weighty in their delivery when re-visiting N.E.R.D’s Lapdance. On the Miami, the drum on Faye Webster’s Sometimes hits with an emphatic thud, the Los Angeles treats the instrument with more reserve. There seems to be no difference in terms of detail retrieval in the mid-range or how it reproduces high frequency note, so the Los Angeles’ sound may appeal to those who aren’t all about that bass.

Otherwise, they’re a big-sounding pair of cans, offering a sense of size and scale to their delivery. The mid-range is decently detailed but also somewhat compact, which can affect the space granted to both instruments and voices, though it’s not to the point where the soundstage becomes a chaotic maze of sounds happening all at once.

That’s evident in Siouxsie and the Banshees’ Happy House, which is provided enough clarity, space and detail for the repeating drum beat and cymbal crush to stand apart from one another. With The 5th Dimension’s Aquarius/Let the Sunshine In playing, the Urbanista give a decent impression of width that opens the soundstage.

Vocals are smoothly described, the top-end of the frequency range handled with a decent sense of brightness, some of the finer details in Michael Giacchino’s Bundle of Joy picked up on with regards to the differing piano notes.

Dynamism is ok, Ludwig Göransson’s Ship o hoj, Mandalorian focuses more on a propulsive sense of energy and less on describing the difference between highs and lows. These are headphones to turn volume up on, as even at mid-volume levels the Los Angeles exhibit a quiet demeanour. More nuanced dynamics are lost, but that doesn’t take much away from the enjoyment the Urbanista provide. After all, these are ‘lifestyle’ headphones and for the price they’re enjoyable to hear.

You hate having to charge headphones Listening to these headphones when there’s sun out and you won’t need to worry about charging them. The solar cell feature works a treat, topping off your headphones as you use them. Just don’t wear them in the dark.

You don’t like big headphones These are big-looking headphones, and while they don’t weigh a tonne, you’ll always be aware of their presence on your head. If you’re looking for something more subtle, as well as a pair of headphones more convenient for travel without a case, consider a collapsible pair.

The Urbanista Los Angeles headphones are almost the same package as the Miami, but with an innovative self-charging feature that a) works and b) makes the Los Angeles unique in the headphone market. It’s an idea rooted in sustainability, and considering all that’s happening with climate change, that’s a very laudable idea.

Can I wear the Urbanista Los Angeles at night?

You could, but the self-charging aspect of the headphones wouldn’t work very well.

What Bluetooth codecs do the Urbanista Los Angeles support?

Only SBC and AAC.