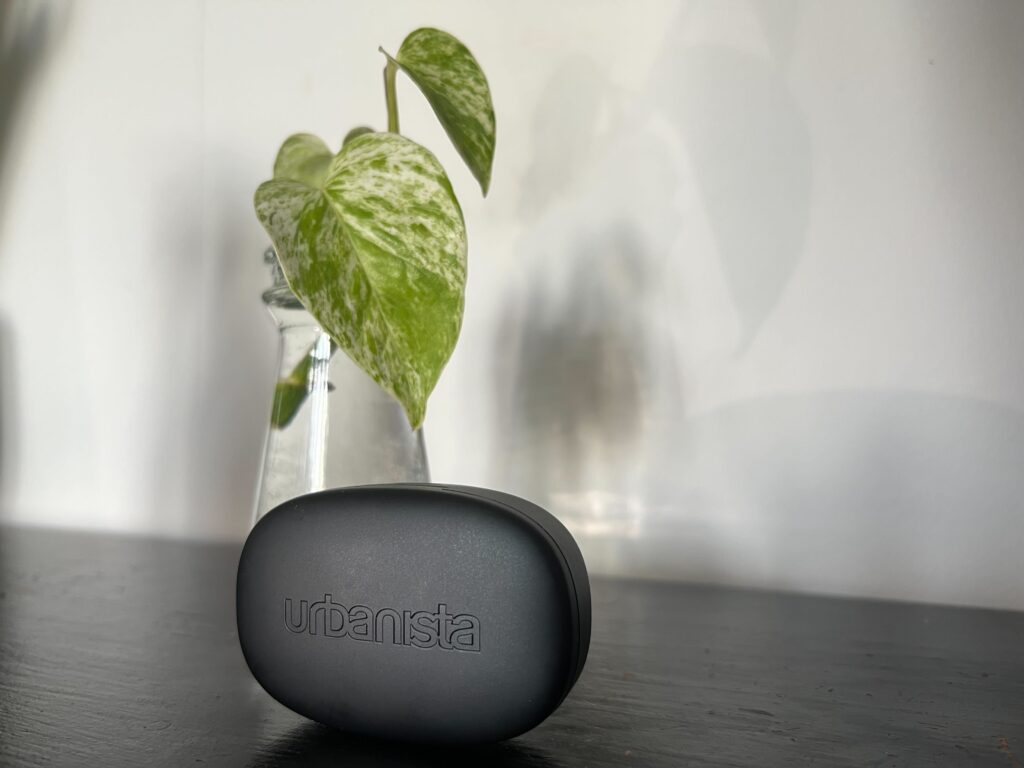 The Urbanista Seoul earbuds are a great alternative to a gaming headset, boasting detailed audio that elevates both music and gaming. However, having only a Bluetooth connection means you won’t be able to play on Sony or Xbox consoles, and the companion app is limited, so these earbuds work best for Switch and mobile gamers.

Despite my love of gaming headsets, I have never actually reviewed a pair of gaming earbuds, and I’m very pleased to say I really enjoyed using the Urbanista Seoul thanks to their versatility.

The Seoul earbuds are portable, so I could easily switch between listening to music while on the go and playing my Nintendo Switch on the train, making them more appealing than a bulky gaming headset that’s not fit for outside wear.

All of this can be yours for under £80, which makes them a more affordable alternative to other gaming earbuds such as the GravaStar Sirius Pro and Asus ROG Cetra True Wireless.

From the outside, the Seoul earbuds look good, boasting a matte black charging case with Urbanista branding on the lid and similarly coloured buds with the Urbanista logo on the back. I think I would have preferred one of the other colourways – Vivid Purple, Electric Blue or Pearl White – as black in general can lack personality, but overall, they were attractive and never looked amiss when I wore them outside.

The charging case with the earbuds inside weighs only 42g, and I was surprised at the lack of weight when I started using them. This does make them feel a little cheap, with the lid of the charging case seeming slightly flimsy. But after several accidental drops, the earbuds have stayed intact and haven’t picked up any scuff marks, unlike my worn-in AirPods.

The case has four small white LEDs that turn on when you open it and pair to new devices, with the pairing button living inside the case.

In terms of fit, I was very pleased to find that the earbuds fitted me perfectly, despite the fact that almost all silicone ear-tipped earbuds I have used before – like the GravaStar Sirius Pro – did not. The Seoul earbuds also come with two other pairs of ear tips, and I imagine that most people will find that they fit just fine.

Looking at the touch controls, there are a few options to choose from in the Urbanista companion app (on both iOS and Android) if you want to customise the hold button on each bud, which includes, initiating Gaming mode, volume control, activating voice assistance, or nothing.

The touch controls in general can be quite unresponsive, and combined with the lack of automatic ear detection, it can make these earbuds annoying to use in public, so I ended up manually adjusting settings and audio on my mobile device anyway.

The earbuds also come with an IPX4 water resistance rating, meaning they can withstand waterdrops from all directions. When I used them on rainy walks or during workouts, they fared fine, and I didn’t notice any drops in performance after the fact.

The Urbanista Seoul earbuds use Bluetooth 5.2. I found they were easy to pair and connect to devices, although they could be finicky when I wanted to switch devices. If I had both my phone and PC active while using them, I usually had to turn off Bluetooth on the device I wasn’t using, as the earbuds had a bad habit of switching devices almost at random.

I also used the aforementioned Urbanista app. It shows the battery life of each earbud and has some options for customisation, although they’re not very extensive. However, it also offers EQ preset customisation, which I always like. The modes include Normal, Speech, Bass boost, Treble boost and Energise, and I was happy to see that they all offered a different audio experience.

I personally preferred Bass boost and Energise, as they seemed to make my music and gaming audio punchier and more nuanced, although certain audio did benefit from Treble boost. In the same vein as the 1More PistonBuds Pro, there is no custom set-up for these modes, and I had to manually switch between them.

This wasn’t a huge issue, although it did mean that I didn’t get as much out of the presets as I would have liked because I was bound to one particular mode until I went back into the app.

The earbuds also boast passive noise cancelling, as there is no ANC technology. While I will touch on the sound quality in the next section, I thought the noise isolation was pretty effective, to the point where the earbuds were able to block out some noise even when audio was not playing. However, I would recommend that users after quality ANC look elsewhere, like at the 1More ComfoBuds Mini – as these were more effective at blocking out ambient noise when compared to Urbanista Seoul.

The battery on the Seoul earbuds was good, with Urbanista claiming that the earbuds can last up to eight hours. This held up well enough in my experience, and I was able to get days of use out of them while using the charging case.

Despite the Urbanista Seoul being developed for gaming, I also used them for music playback because of their portability and EQ presets. In terms of audio playback, I was impressed: they were able to capture more depth than I expected, with most genres sounding punchy and vibrant.

Listening to Face to Face by Rex Orange County, there was a great contrast between the soft piano and Alex O’Connor’s voice, with the song sounding precise and not muddled. The earbuds managed to create a convincing soundstage, where the singer’s voice took centre stage and the instrumentals rounded out the sides.

It’s a song that’s elevated by the Energise preset, as this setting helped to bring the instrumentals forward and create a more layered soundstage. Also, I noticed that the earbuds can get really loud, with more volume range than my AirPods.

However, since the Seoul earbuds are marketed as gaming earbuds, I was interested to see how they fared across a few devices. I was able to use these to game on my Nintendo Switch, mobile, and PC, and despite the pairing issues I touched on earlier, it was very simple to connect to each device.

Whenever I did game with these earbuds, I was sure to switch them over to Gaming mode. While I don’t think the difference in audio was immense, Gaming mode seemed to have more detail than normal mode, which was ideal for games with audio cues.

I played Hades on the Switch and found these earbuds could pick up on small audio cues, with the thundering background music also having a lot more presence than if I was playing without them. As I fought the final boss of Elysium, I could hear the cheering from the crowds, the thundering steps of the Minotaur as it chased me, and the sound of Theseus bragging.

It sounded balanced and vibrant and created a more immersive experience than if I wasn’t using the earbuds, making them my go-to choice if I want to use my Switch on the go.

The audio, when paired with my iPhone 12 Mini, was also impressive. Stardew Valley sounded wholesome and bright, with the background music from the mines coming through more than the speakers on the iPhone would allow. Since this game doesn’t have sound cues, I can’t say that it improved my gameplay, but it did create a more enveloping experience that drew me into the game, making it more enjoyable.

Finally, The Binding of Isaac: Afterbirth had an undeniably creepy tone when I played it on PC. I could hear the sound of my character’s tears hitting the walls and the unnerving sound of crying whenever I was hit. Overall, the audio was consistent across the devices I tried them on, making them ideal for people that like to game on different platforms.

I would recommend these earbuds to anyone who likes gaming on the go – specifically on portable devices, like the Nintendo Switch or a mobile phone – due to their small size and consistent battery life. For a more premium experience, I would recommend looking at the Asus ROG Cetra True Wireless earbuds. Since these earbuds cannot connect to devices like the PS5 or Xbox Series X, console gamers will want to look for a wired solution.

You want to game on a portable device The Urbanista Seoul pack good audio quality for a pair of earbuds at a reasonable price. The small size makes them ideal for portable gaming devices.

You want a high-quality experience The unresponsive touch controls and lack of a wired connection do limit these earbuds as a gaming experience.

I really enjoyed my time using the Urbanista Seoul earbuds and I was surprised at how they held up. I loved how easy it was to game on the go because of their small size and how much detail and nuance the drivers had.

Unfortunately, they are not without issues: the unresponsive touch controls, an underwhelming companion app – which can only be downloaded onto iOS and Android – and lack of automatic ear detection make these annoying to use and not as fluid of an experience as I would have liked.

Due to their portability, these earbuds are best suited to Switch and mobile gamers, although they will still work well for a PC gamer who is averse to an over-ear solution. If you’re not interested in a gaming headset, these earbuds are a great alternative, and despite the troublesome controls, the audio shines through as their best feature.

We test every headphone we review thoroughly over an extended period of time. We use industry-standard tests to compare features properly. We’ll always tell you what we find. We never, ever, accept money to review a product.

Used as primary gaming earbuds for a week.

Tested with a variety of games.

Are gaming earbuds better than a gaming headset?

What platforms does Urbanista Seoul work on?

Urbanista Seoul works with a Bluetooth connection, meaning that it can only connect to hardware that supports it. This includes iOS, Android, Switch, and PC.

TrustedReviews’ holds the fact that global warming is not a myth as a core value and will continuously endeavor to help protect our planet from harm in its business practices.